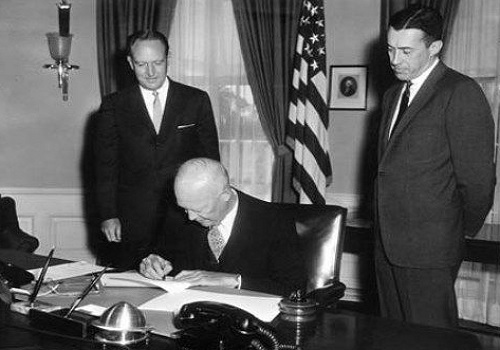 This piece of legislation mandated that local voter registration records be available for the Justice Department allowing rejected applications to be reviewed by appointed referees. However this Act was limited in its scope and effect because it failed to enforce the law. The Justice Department had to bring forth specific cases to prove qualified citizens had been denied the vote because of race or color. As the number of cases prepared and filed piled up southern district court judges were hesitant to process them. Although this Act failed to enforce the law it showed the federal government’s commitment to work with civil rights organizations to end discrimination and segregation.

Demonstrations such as Selma pressured the administration of Lyndon B. Johnson into working on voting rights legislation. On August 6, 1965 the president signed the Voting Rights Act into law addressing the protection of  voting rights. TheCivil Rights Act of 1964  addressed desegregation in schools, discrimination in the workplace and public facilities.