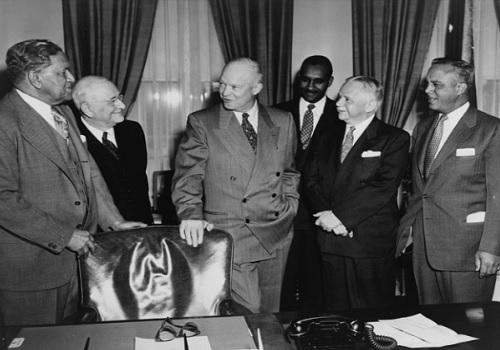 The Civil Rights Act of 1957 was signed into law by President Dwight D. Eisenhower on September 9, 1957 and was originally proposed by Attorney General Hebert Brownell. This Act was the first legislative civil rights action since the Civil Rights Act of 1875 during the Reconstruction period. It took 82 years for the federal government to commit to the cause of civil rights.

The Act did not create new rights but established:

The purpose of the bill was to increase the number of registered black voters in the South since only 20% were registered with lower numbers in communities in the Deep South.