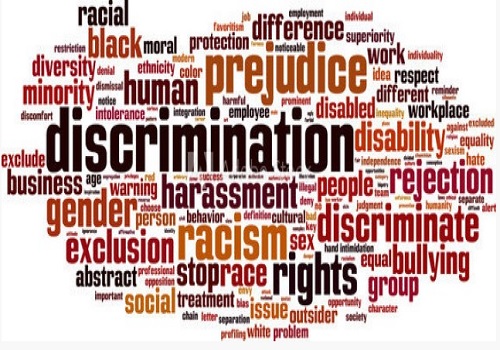 Affirmative action was created to protect minorities and women against discrimination in education, employment and social benefits. It has its roots in the Equal Protection Clause of the Fourteenth Amendment, the Civil Rights Act of 1964 and President Lyndon Johnson’s Executive Order. 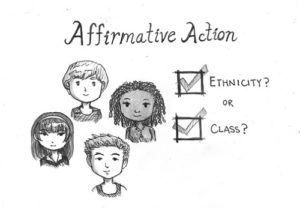 University admission based on ethnicity or class is a controversial issue.

It developed four decades after the Supreme Court decision of Brown v. Board of Education that ruled against Jim Crow laws of segregation in the school system. Even though segregated schools were illegal discrimination practices in schools and everywhere continued. The support for affirmative action reached its height in the 1960s during the African American Civil Rights Movement and declined thereafter. It began as a government action to protect and give preferences to African Americans, a group that had long been discriminated against, later it was extended to cover women, Native Americans, Hispanics and other minorities. The influence of affirmative action was broadened to university and college admission and state and federal agencies which were required to allocate 10% of public works to qualified minority contractors. Affirmative action programs were monitored by the Equal Employment Opportunity Commission and the Office of Federal Contract Compliance of the Department of Labor.

The first major setback to affirmative action was the Supreme Court decision of Regents of the University of California v. Bakke. The medical school of University of California, Davis had set aside 16 places for minority applicants. Allan Bakke had been refused admission even though he had higher test scores than many of the minority applicants. The Supreme Court ruled that the university had indeed violated Bakke’s civil rights.